Student participation, behaviour and sportsmanship was exceptional throughout the day.  Team Captains, Jamie Perry and Angelique Pugliese as well as Vice Captains, Ethan Bellomo and Courtney Banda ensured that the team cheered loudly in support for the competitors throughout the day and Holy Cross placed as highly as fourth at various stages.

Special mentions go to Charley Huata, Oscar Forbes, Lucas Davini, Adier Deng and Xavia Mbuyi, each placing in the top four across multiple events.  Peter Thuch led by example, stepping in and competing in several events when others were unable, giving it his all in every event. 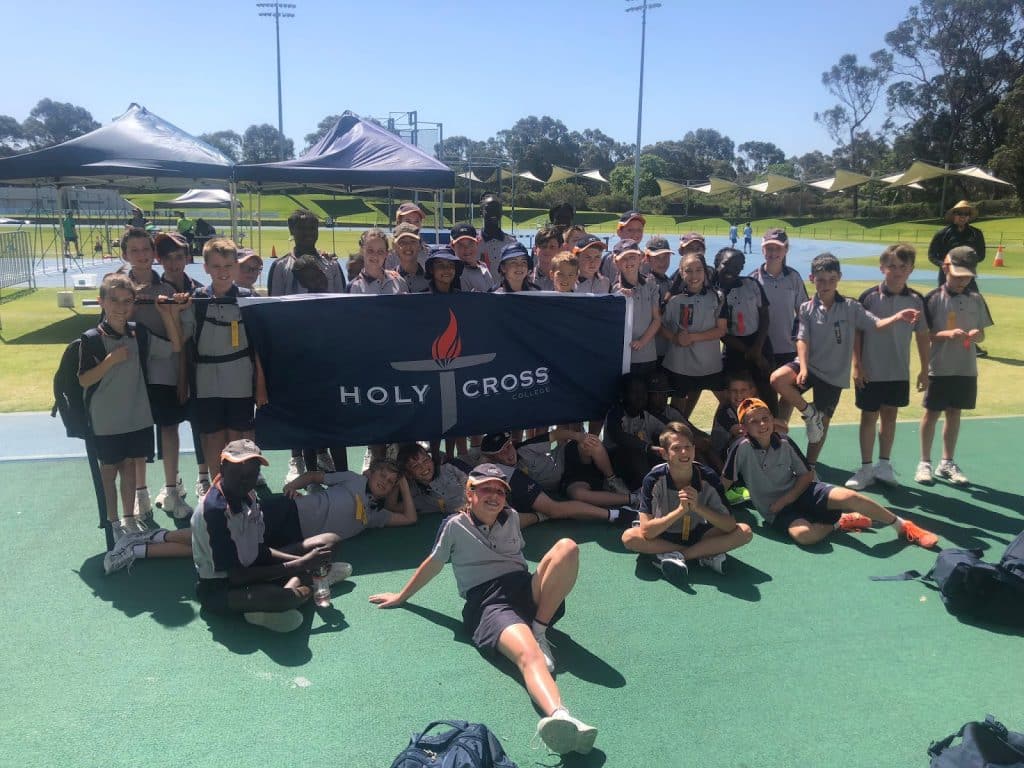 Thank you to the staff involved in training sessions and organisation in the lead up to the day as well as playing crucial roles during the event.  Days like these are not possible without the support of the parents as well so a very big thank you to those who volunteered on the day.

The hard work students had put into their training and their efforts on the day resulted in the girls and boys both finishing in sixth place and the College came in at seventh place, one place higher than last year.

We look forward to sending another group of athletes to represent the College in 2019.