Beauty is a Beast!

The fairytale world was turned on its head last week as the Junior Drama Club took to the stage to perform the short play ‘Beauty Is A Beast’ for an audience of family, friends and staff last week. This performance was the culmination of the year’s work in the Drama Club which has run after school on Tuesday’s since March. 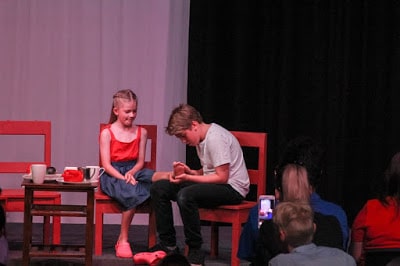 The story followed Beauty (Isabel Davies), a spoilt princess from the Kingdom of Callentine who is taught the importance of inner beauty from her Fairy Godmother (Jasmine Okello) along with the down to earth Nick (Bailey Fry) and his humble family. The messages of love, respect and ‘not judging a book by its cover’ were on display as Beauty learnt the importance of showing kindness to all. 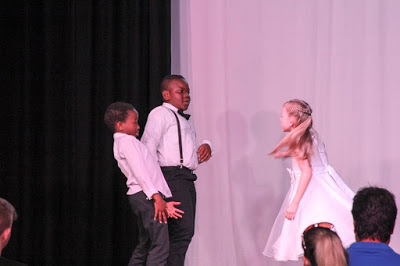 The students in the Junior Drama Club did an absolutely fantastic job and performed with confidence and energy. Both parents and staff were very impressed with the level of performance demonstrated by the Year 4-6 students. Our Junior students were also lucky enough to be supported by our dedicated Year 11 and 12 Drama students who acted in backstage roles during final rehearsals and on the performance day.

Congratulations to the following students who were involved in the show: Isabel Davies 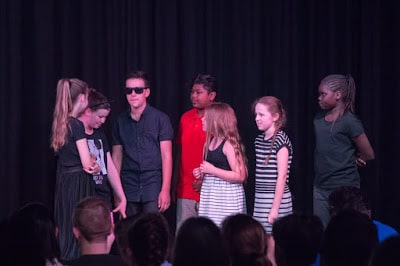 Special thanks to the Drama Club staff of Mrs Dorota Fretwell and Mrs Emma Pring for their hard work throughout the year. Also thanks to Mrs Vanja Basell and Mrs Kylie Henderson along with the Senior Leadership Team for their support of the club.
We now look forward to what the Drama Club holds for the Junior School students in 2018!
Mr Chris McRae
Drama Teacher