The final week of the 2018 Catholic Performing Arts Festival is well underway and this week will feature the Secondary Piano and Solo Drama sections to wrap up another successful festival for HCC. Year 8 student Samara Edwards and Year 9 Tiara D’Lima performed in the Solo Piano section at Zenith Music on Tuesday and Wednesday respectively and both girls put in wonderful performances. Year 9 students Eva Ladyman and Gurleen Dhillon travelled to Chisholm College today to perform their scripted monologues in the Secondary Solo Drama section and Tiara D’Lima will perform hers tomorrow. This week marks the end of seven weeks of fantastic creativity, student performance and effort. The Catholic Arts calendar will wrap up for this term with the Festival Concert at the Perth Concert Hall in Week 9 and Catholic Carnevale later that week. HCC’s results and awards for the 2018 Festival will be announced next week. A huge thanks to all the students and staff who have been involved in what has been a very busy but enriching seven weeks! 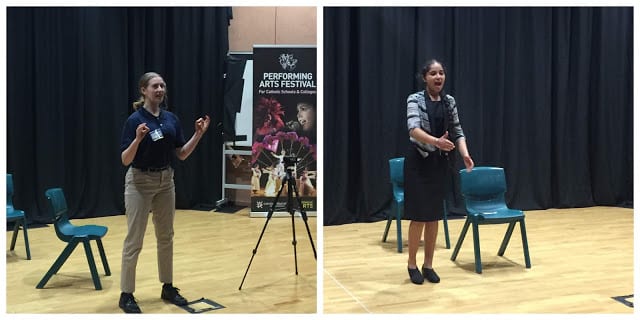