The 2018 College Production of Brian D. Taylor’s Villain School has wrapped with a sensational final performance on Saturday night to a packed house of family, friends, staff, students and members of the local community. The colourful spectacle was performed to over 600 people across the four shows and stands as HCC’s most successful production to date. 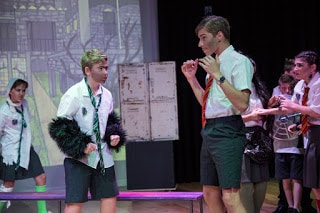 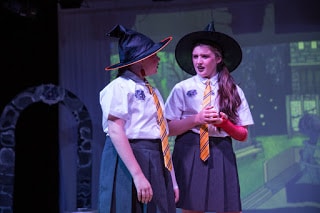 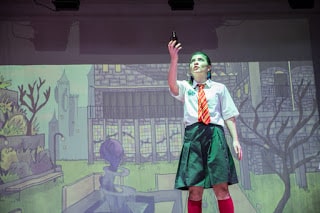 Our largest cast and crew to date put a huge amount of energy and effort in to make this show look and sound as good as it did and they are to be congratulated for their efforts and talents.

Villain School wouldn’t have happened without the amazing work of the incredible staff team. A huge thank you and well done to the core staff team of Miss Georgina Pratt, Miss Sophie Lester, Mr Guy Jackson, Miss Rachel Rafferty, Miss Laura Goodwin and Mrs Colleen Azzopardi for their tireless efforts in bringing this show from a series of ideas to a fully realised spectacle. 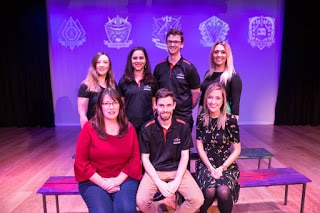 Special thanks to our amazing support team who also had a huge hand in elements of the production. Mr Matt Smyth and Mr Roger Newton for set building, Mrs Kristina Croxford for her coordination of the Hospitality students and catering and Mrs Carolyn Jess, Mrs Tracy Papenfus and Mrs Jean Topliss for their work with finance and promotion.

Thank you to our sixteen Year 12 production students who have given so much of themselves to the College production culture over the years. We hope they take away some wonderful skills and memories from their time in the HCC Productions. 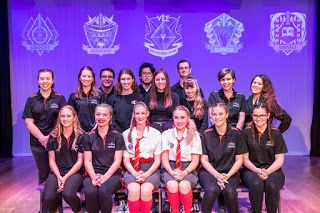 Thanks also goes to all staff who assisted on production evenings and the members of the HCC Senior Leadership team for their support of each performance.

We are extremely proud of the final result of Villain School and now look forward to a small scale Senior School Production next year as the cogs start turning for our special 10th Anniversary Show in 2020! Until then, signing off from VILE and stay wicked!