Over the weekend of the 6-8 April, the Cast of the 2018 College Production of Villain School headed off on Production Camp to the Swan Valley Adventure Centre. Intensive rehearsals, character workshops and team building activities gave the students a great opportunity to get to grips with their quirky and zany characters. We were also lucky enough to have former student Max Hughes attend the camp on the Saturday to work with the students in their workshops and give some insight into building a successful character and performance. 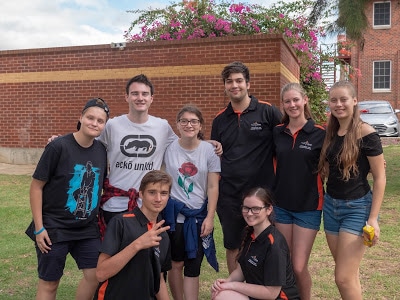 Students kicked things off on Friday night with the first of their team building workshops in which they worked in their ‘orders’ (Convicts, Geniuses, Witches, Monsters, Misfits and Adults) in a musical game of Giant Jenga. The competitive nature was high as was the energy in the room! In the end it was the witches who sent the Jenga stack for a tumble and lost their points. Students were then given the challenge of an order lip sync battle in which everything from Imagine Dragons to Beyonce’s Single Ladies was tackled. Full of adrenaline, the first rehearsal of Act 1 that night was a great chance for students to really get some character energy happening and their orders began to click. 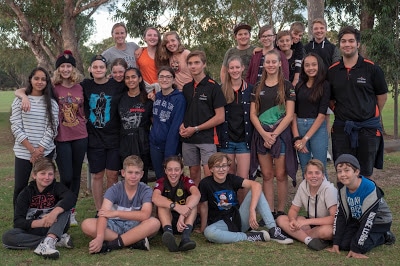 Saturday began bright an early with a game of freeze tag in the beautiful sunshine in the grounds of the Swan Valley Adventure Centre before the traditional ‘ten fast feet’ production warm up lead into a run of Act 2. Students picked up from where they left off the previous evening, exploring the quirks, traits and eccentricities of their characters. Miss Pratt then led students through the choreography for what is set to be a colourful and energetic final dance number! All students had a go and did a fantastic job in learning the choreography and giving 100% to the rehearsal process. 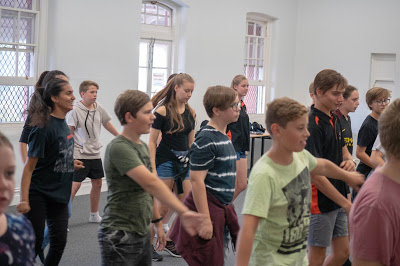 After morning tea, former student and six time HCC production member Max Hughes visited camp to run the students through some characterisation workshops as the cast broke up into groups. Max worked with the Geniuses, Mr McRae with the Monsters, Miss Lester with the Convicts and Adults, Mr Jackson with the Witches and Misfits and Miss Pratt with the characters of Quasi and Garbage. This was a great chance for the orders to connect and students to really experiment with the evil nature of their characters and orders. A full run through followed lunch as students put into practice what they had worked on in their character workshops.

That evening, it was time for some down time and what better way to chill out after a long day at one magical and mystical school than by enjoying some time at another. Students and staff settled in for a movie night featuring ‘Harry Potter and the Philosopher’s Stone’ with consistent quoting and commentary from the Potter obsessed teachers. 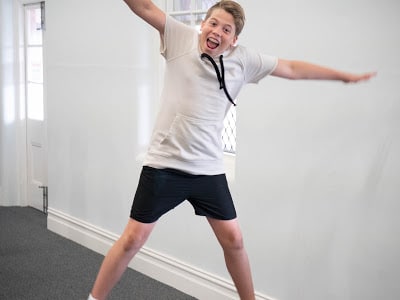 Before departing camp for another year, it was time for one last team challenge as students worked in their orders to compose and create an inventive order chant. What resulted were some truly phenomenal and creative performances which just went to show the talent across the cast. Finally, one final run of Act 1 concluded the camp for 2018.

Lasting friendships were formed and the cast grew in confidence in themselves as well as in each other. It was a truly fantastic experience and one which cast members will cherish as part of the 2018 production process. 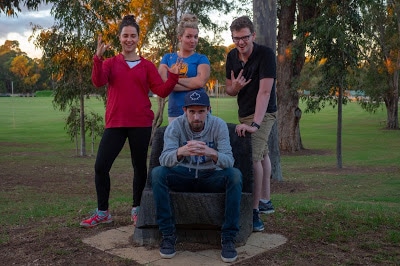